“To believe or to have faith is not a requirement in the process of healing” -Angela P. Simmerman Sierra, CMS-CHt, NLPT

To regain her sight, heal the fractures in her head and recover the sense of equilibrium, Angela just surrendered to the soothing sensations that she experienced when she practiced self-hypnosis and imagery exercises guided by Dr. Dulcey. 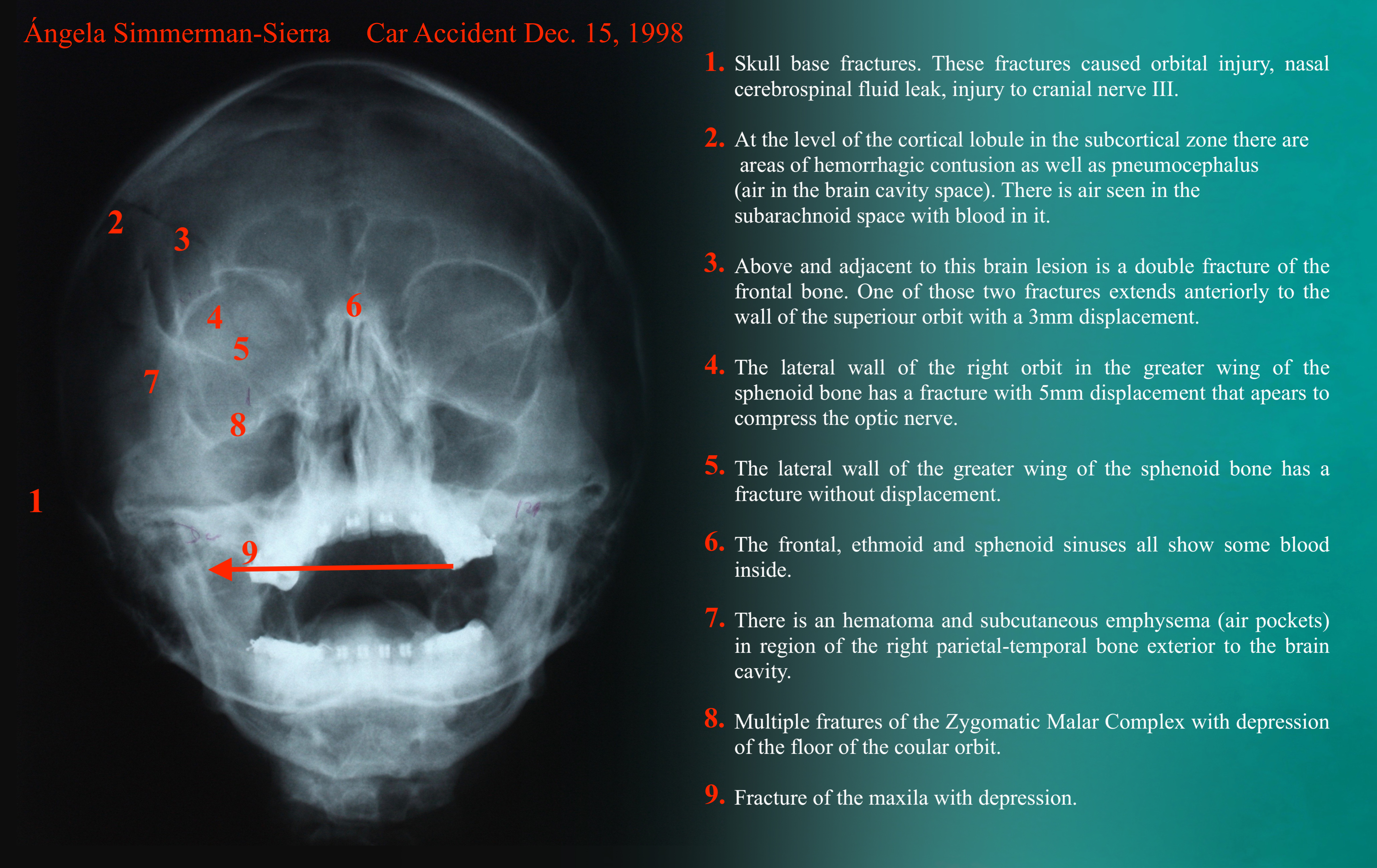 On December 15, 1998, in Pasto, Colombia, Angela had a terrible near-death experience and was brought back to life at the scene.  She had several fractures on her head, serious brain damage, and a complete oculomotor nerve palsy, which caused her right eye to be displaced down and out. She became blind in her right eye and her hearing ability was severely affected.

The zygomatic and maxilla bones were fractured as well, and descended, making her ability to speak or masticate very difficult. The damage in the inner ear and vestibular nerve caused loss of equilibrium and the sounds were intensified, increasing the stress and caused her to need assistance to walk or move.

Angela spent four days in intensive care at the “Hospital Departamental” where Dr. Porfirio Muñoz, the Neuro-Surgeon in charge, evaluated the severity of her fractures and their consequences.  After that period of time, doctor Muñoz concluded that in a matter of hours her cerebral fluid would run out through her nose and her death would be imminent.  Therefore, he explained to her family that the hospital had nothing else to offer her and decided that it would be more merciful to send her home to a more peaceful and loving environment.

In desperation, after days and weeks of being at home without hope, Angela was referred to Dr. Jose Joaquin Dulcey, Neuro-Surgeon and hypnotherapist, who with knowledge and compassion, helped her regain her desire to live again. 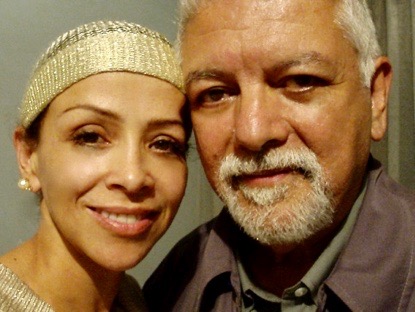 In her first visit with Dr. Dulcey, despite her injuries and partial blindness, the hypnotherapy techniques were so effective that the pain she was experiencing subsided. Subsequently, Angela received three sessions a week and was advised to listen to a tape with imagery exercises, which transformed the pain into physical and emotional calmness.  A few months later, she began to detect subtle movements and signals of vision in her right eye, which progressively, in about eight months, created a full recovery.

With profound inspiration for the healing that she was witnessing in herself, Angela made a solemn promise to dedicate her life to help others heal, using the same techniques that Dr. Dulcey used to help her heal. 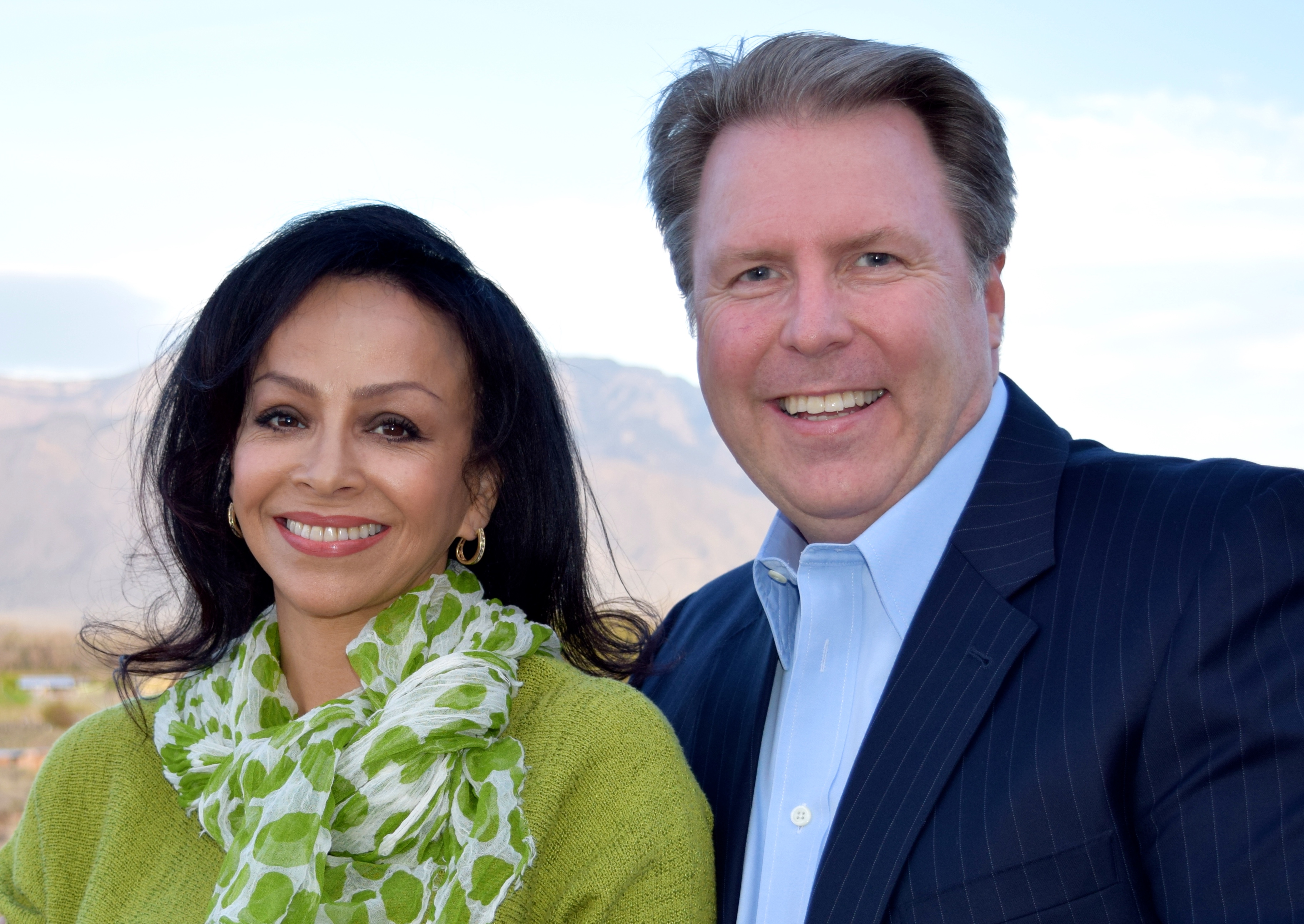 Today, Angela and her husband, Tim Simmerman Sierra lead the field of Hypnotherapy at the Hypnotherapy Academy of America and help heal the world one mind at a time

Angela, now, is not only a Director of the Academy and Instructor, she is a Medical Support Clinical Hypnotherapist, a Neuro-Linguistic Programming trainer, and a creator of hypnotherapy and imagery techniques.

By attending the Academy’s training you will have the opportunity to learn from Mrs. Simmerman Sierra and Dr. Joaquin Dulcey the principles and methodology used in her miraculous healing. 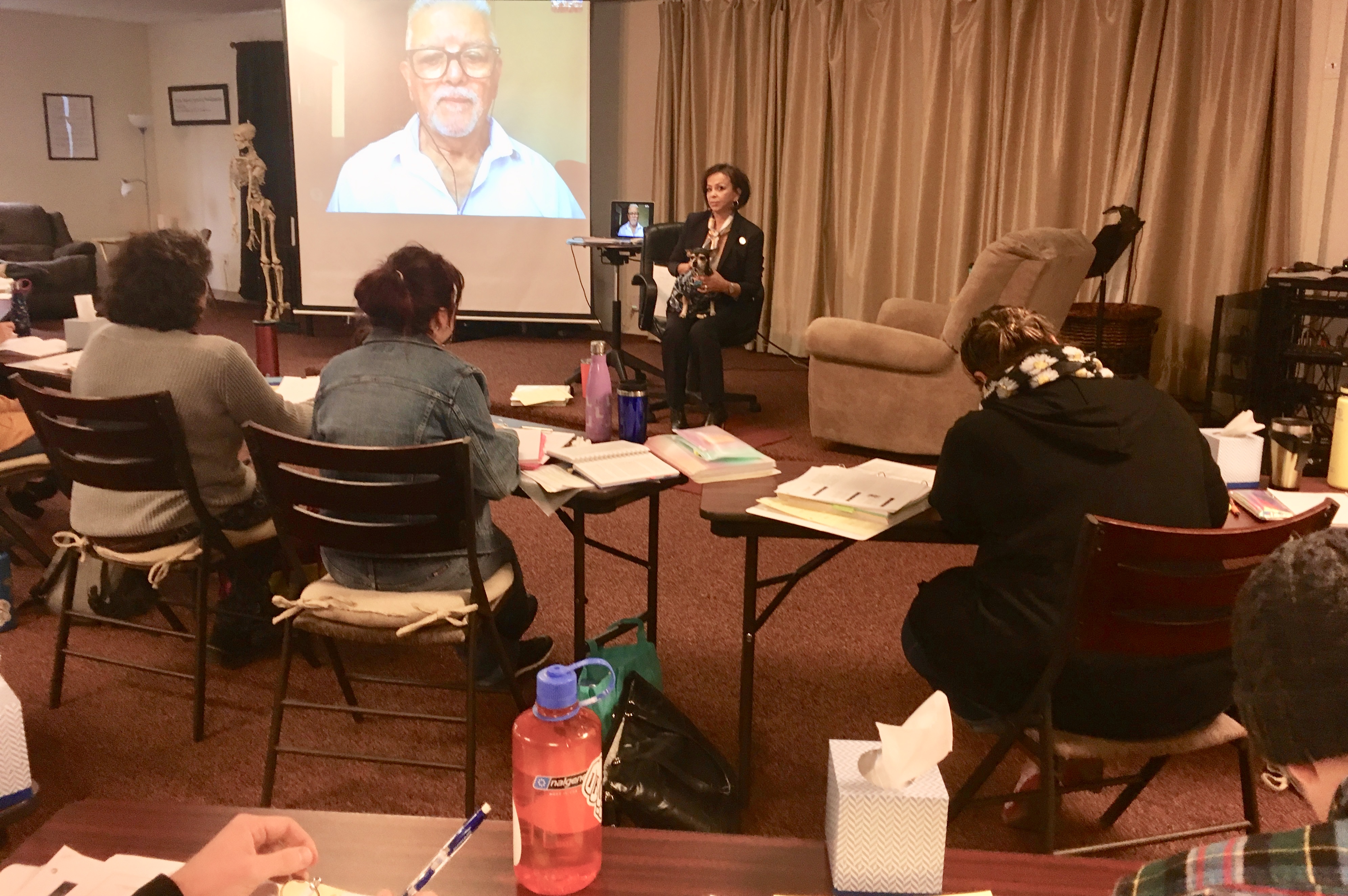 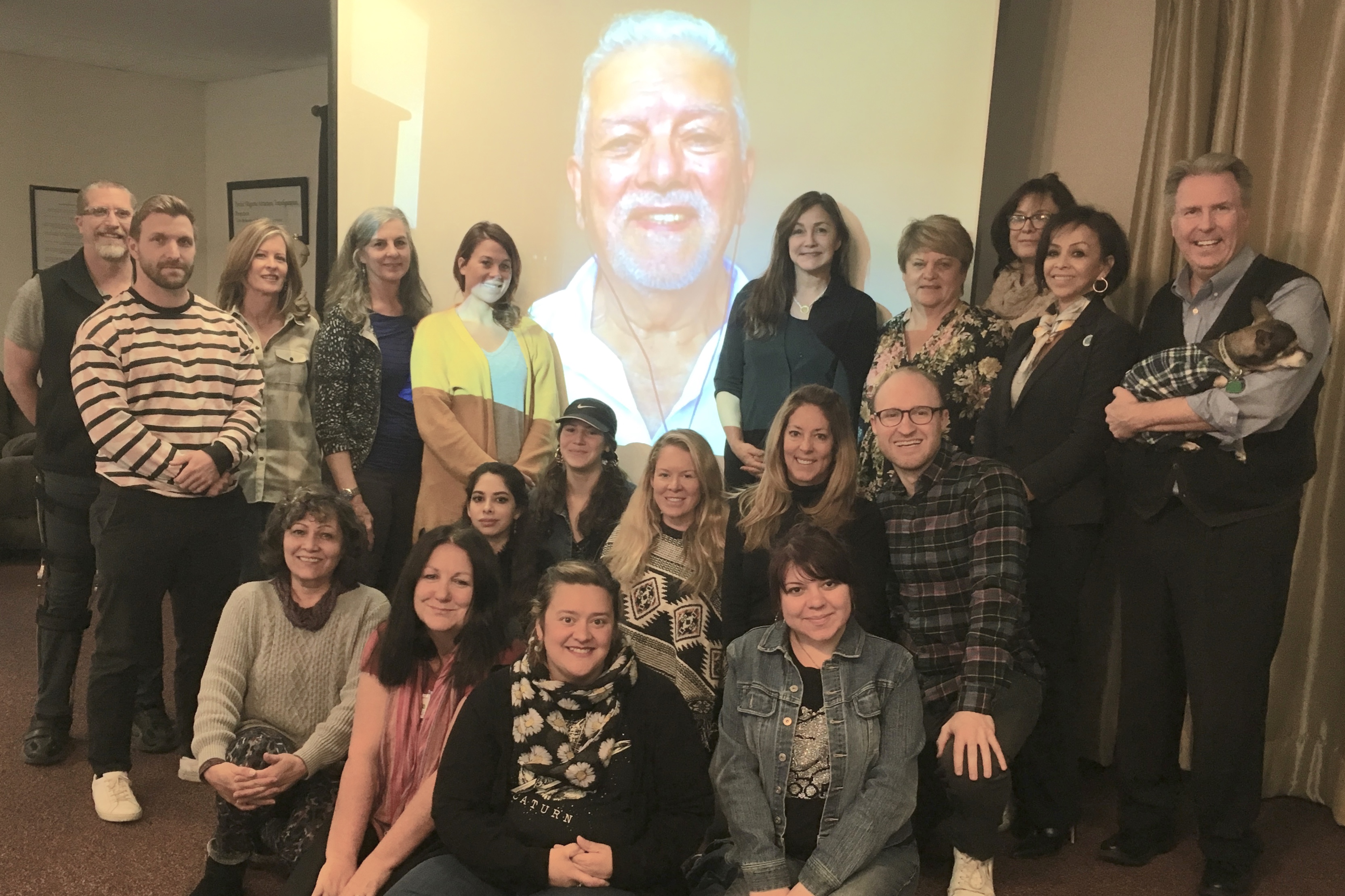