Milton Erickson (1901-1980) is known for helping to popularize the use of hypnosis to reach the subconscious in psychiatry. Part of his genius was rapidly assessing the needs of the client and working within the client’s “map” of reality. We integrate essential aspects of the Ericksonian approach to hypnotherapy, including his basic philosophy, indirect and inferred inductions styles, NLP and appropriate use of metaphors.

While Dave Elman (1900-1967) had no formal training in medicine or psychology, his common sense approach and astute observation of human nature led to his development of rapid hypnotic inductions that facilitated extraordinary states and capabilities, such as hypnotic anesthesia. His work pioneered procedural hypnosis and pain management techniques. He taught hypnotherapy to more physicians, dentists, anesthesiologists, psychiatrists, and therapists, than any instructor in modern times. In addition, Elman designed an elegant approach to analytical hypnotherapy, which facilitates the disappearance of many longstanding symptoms. Our presentation style and curriculum is also based on his no nonsense, plain spoken way of presenting the principles of hypnosis and analytical hypnotherapy. 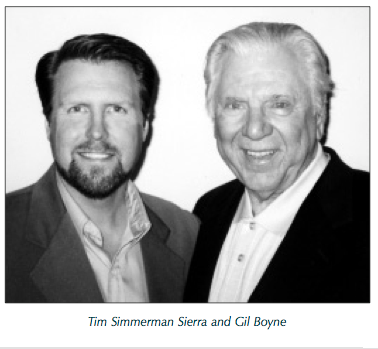 Gil Boyne (1924-2010) made numerous original contributions to the contemporary practice of hypnotherapy. Perhaps the most radical was his devotion to the spiritual nature of the human psyche. He believed that the inner creative mind knows all the questions and all the answers. During his fifty years of hypnotherapy practice and teaching, he developed the Transforming Therapy TM formula, which is a pragmatic methodology that focuses on rapid results, instead of attempting to prove theories. His commitment was to the client’s internal problem solving ability. Boyne contended that the spiritual gift of the Creative Intelligence lies within each of us. His methods facilitate the discovery of the client’s own divine nature, and teach them how to direct their creative intelligence to easily solve their own problems and conflicts. Gil Boyne opened the first state licensed vocational training in hypnotherapy and was the founder of the American Council of Hypnotist Examiners. He maintained an office, saw private clients, and taught at the Hypnotherapy Academy in Santa Fe (2003-2008). Boyne was the director of the Academy’s post-graduation training during that time, and as a mentor to Tim Simmerman Sierra, the Academy’s lead instructor, spent many of his later years in Santa Fe, New Mexico.

Nearly 20 years ago, Tim Simmerman Sierra made an analysis of the work of these three pioneers, a number of other important teachers in the field, and key concepts from the world’s perennial wisdom traditions to form a complete hypnotherapy system that we refer to as Integral Hypnotherapy™. Our hypnotherapy certification training focuses on you becoming highly skilled in this powerful approach to healing and transformation. For this reason people have traveled from 30 countries and all 50 states to train at the Hypnotherapy Academy of America.